What the Future Holds for 3D Printing 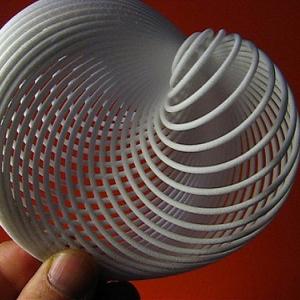 The future, according to the character Mr. McGuire in the 1967 film “The Graduate,” is, in one word, plastics. A real-life Mr. McGuire could not possibly have known, 50 years ago, how prescient that statement was, or that one day people would be able to make plastic doodads in any arbitrary shape in their own homes, using an appliance not much larger than a toaster oven. But here we are, in the world of three-dimensional (3D) printing.

3D printing was once an industrial process reserved for deep-pocketed manufacturing businesses. More recently it has become available on a smaller scale to deep-pocketed hobbyists. Now, as prices continue to fall for 3D printers and materials, it is becoming accessible to the masses. But what does the future hold?

Because of the added complexity of 3D metal printing, prices for these large printers likely won’t fall as quickly as they have for plastic 3D printers.

The Business of 3D Printing

The continued high cost of metal 3D printers (as well as higher-end plastic 3D printers) will present new business opportunities, both for established manufacturers and startup businesses. Consider the replacement parts industry, including parts for cars, appliances, computers, or any other gizmo. Did you break a plastic doohickey on your refrigerator, a part that goes on that model of refrigerator and that one only, and isn’t stocked at your local appliance store? Instead of buying the part online, and waiting to have it shipped to you, you could buy and download the 3D design file for the part and either print it at home or take it to a 3D printing shop, the same way you would take a PDF file to a regular printing shop. (Maybe if you have it 3D-printed in metal, it won’t break so easily.)

With the addition of metal in the 3D printing repertoire, the future of 3D printing could revolutionize manufacturing, and certainly will do wonders for designing and prototyping new products. The 3D printing train is ready to roll, and you don’t even have to be a graduate to get on board.